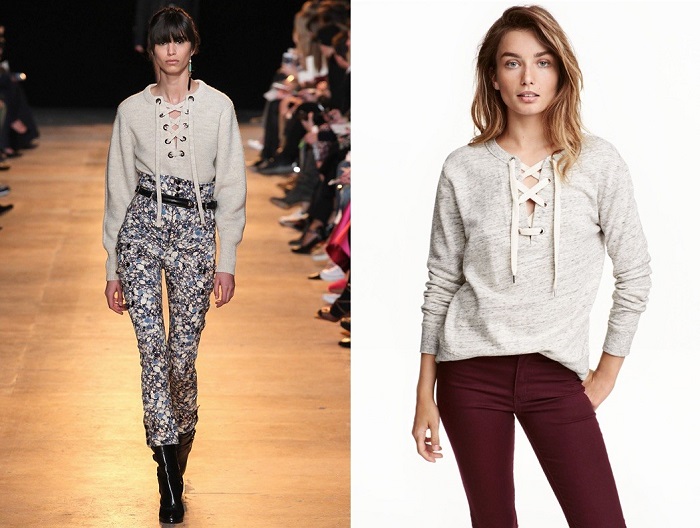 It is a fact: firms low-cost many (many) times are inspired by the great designers to create their collections. Dresses, shoes, bags … Anything goes. And today we show you the best 13 clones we have found this season. Which do you prefer? It is difficult to choose one … 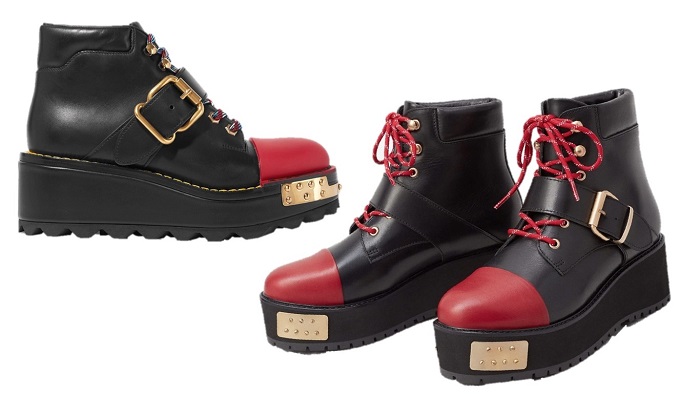 Are you able to find seven differences? It is possible that this is one of the most successful clones of the season. The huge difference between Prada boots and Mango is obvious, the price. 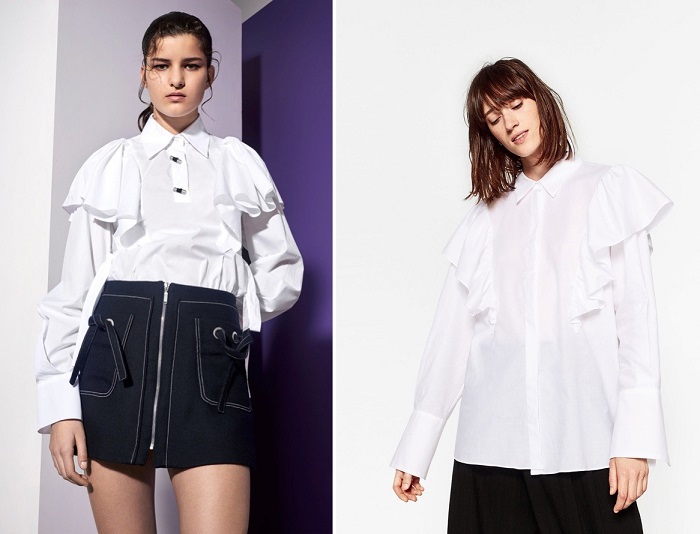 Frilly blouses are must of the season, although one of the first out came from the hand of Kenzo. Zara did not hesitate to draw on that model to launch its own version. 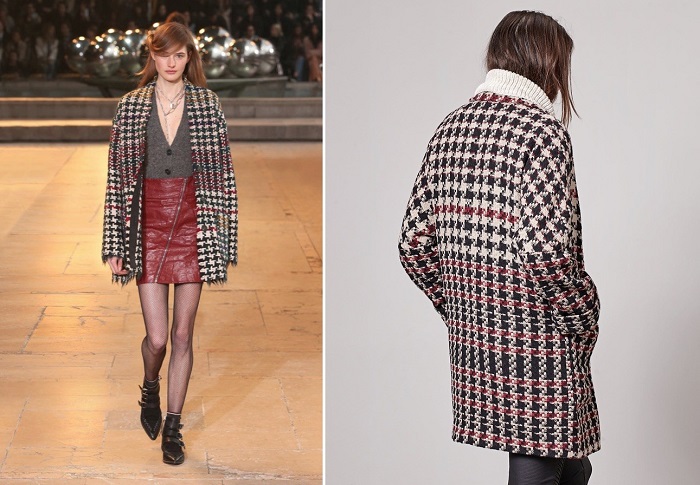 Every season we love Isabel Marant with its versatile and wearable garments. Parisian chic that moves in each of their designs and this season Autumn-Winter 2016/2017 love us with a coat hounds tooth pattern. Do you want it but you find it too expensive? Stradivarius shows us the solution to this most accomplished clone. 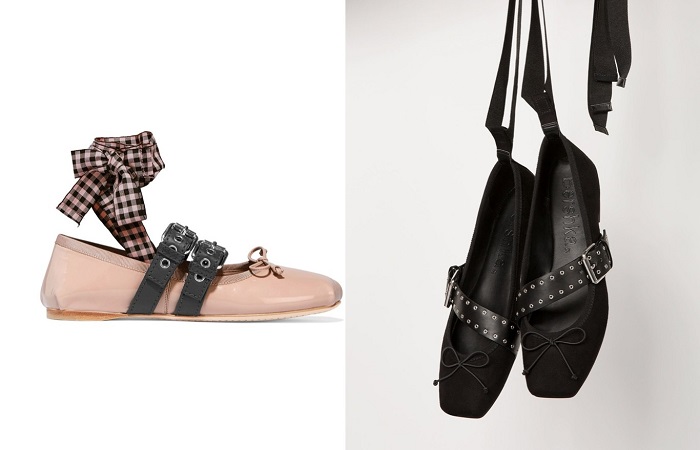 Miu Miu has petado this season with her dancer’s punk. Bershka has been inspired by this shoe to launch a low-cost version.

Isabel Marant Last year we fell in love with Charley and his jersey this season H & M has set the batteries to introduce different versions. In the online store is just the clone become sweatshirt, but if you’re lucky you can find the model made in wool (we love!). 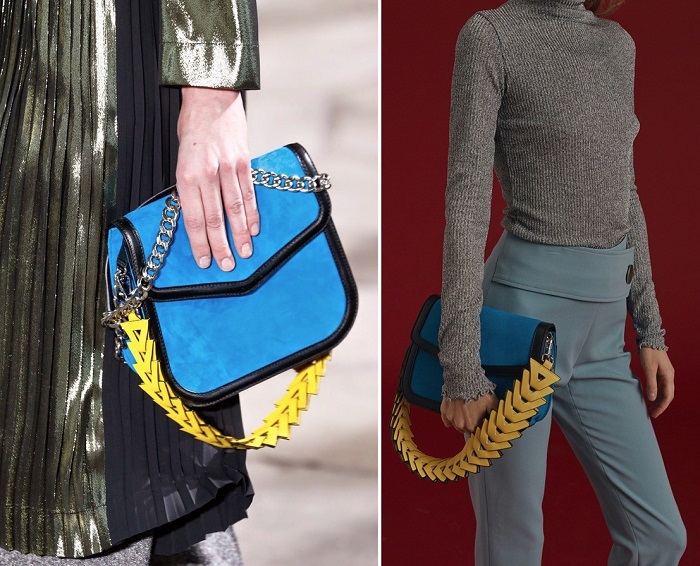 Loewe vs. The loeil

All fashionistas and street stylers of the moment adore bags Jonathan Anderson for Loewe. The firm the loeil knows and launch this model almost equal to Velda bag. Are you able to find any difference?

You may also like to read another article on TodayDresses: Kate Middleton vs. Paris Hilton, dueling style that you would never imagined 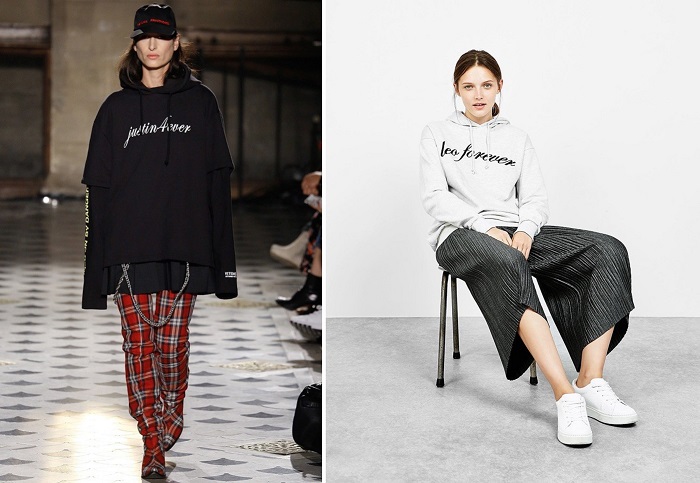 Possibly Vetements is one of the strangest views signatures so far: an unprecedented phenomenon that has petado in the fashion world. Bershka has not wasted the opportunity and has been inspired by the signing of Demna Gvasalia to introduce a revamped version sweatshirt Justin4ever. This time the name of Leo … 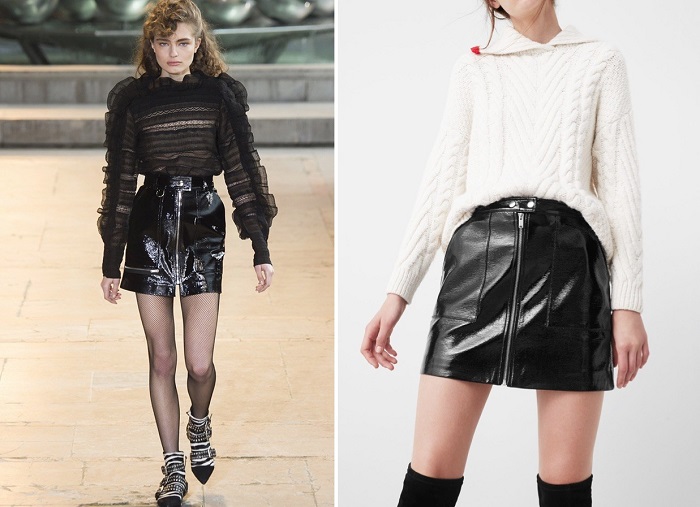 The miniskirt is the new pants this season and this garment enjoys unprecedented success. Among all the models seen no one who has conquered half blogger population: patent leather and signed by Isabel Marant. Mango has wanted to join the fever launching a clone of the closest. 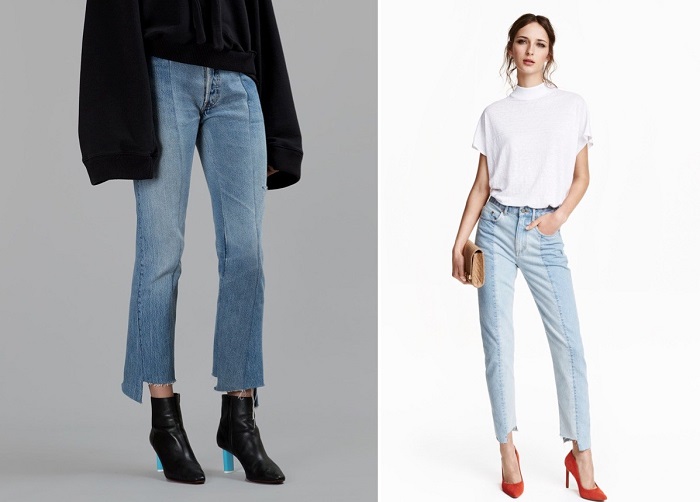 The Vetements firm became famous for his jeans and H & M was the first to clone this formula to reach our closets. 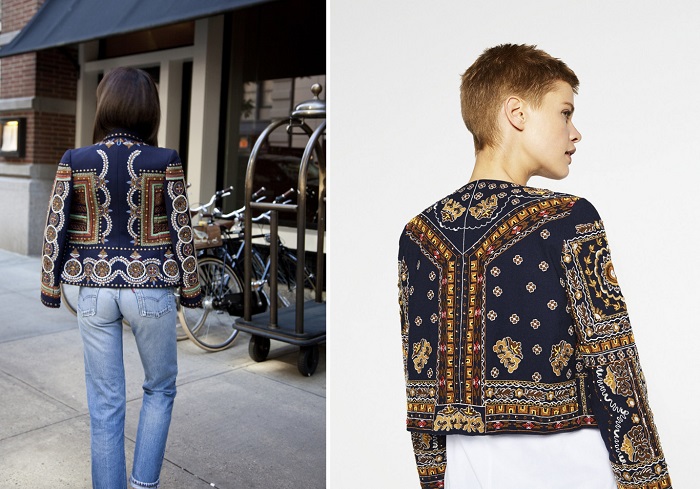 A dream materialized in the form of a pledge (and clone). Valentino and we fell in love Zara few months ago with these embroidered jackets. 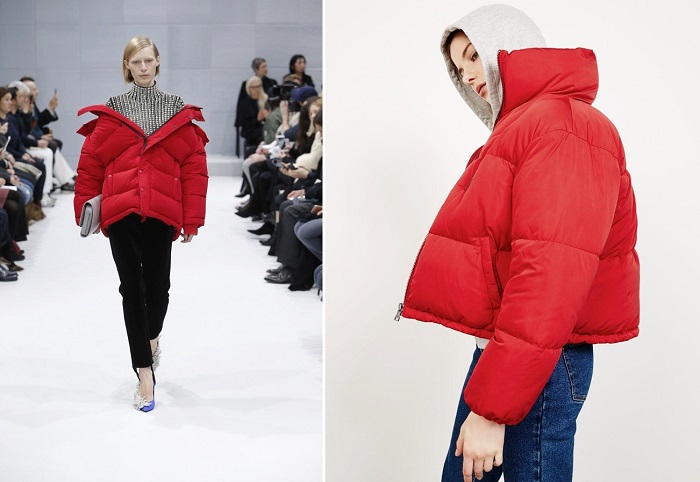 You may Balenciaga was (and remains) one of the most beloved signatures of the season. Not only garments have succeeded: how to carry has also inspired each and every one of the firms. Bershka has not hesitated to petarlo with this red pen.

It is possible that the footwear more viral 2015/2016 come from the hand of Chanel and sling back. The clones did not wait, but Mango is the most conquered us. 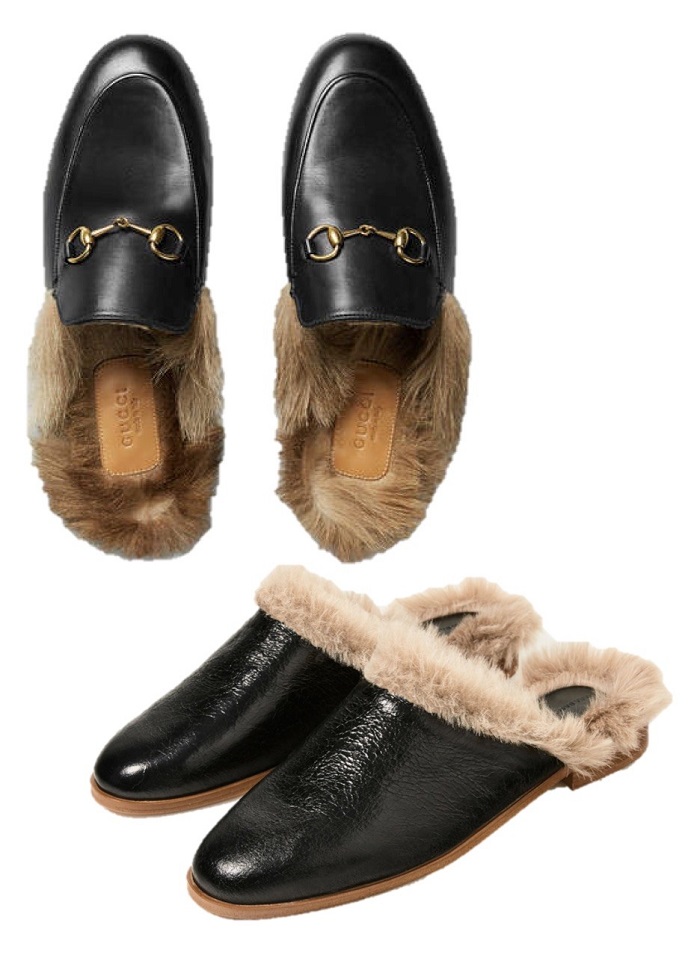 The most famous Gucci shoes are called Princetown: moccasin open and lined with hair. Zara has not hesitated to launch its own version.

Notice: Trying to access array offset on value of type null in /home/todayd5097/public_html/wp-content/themes/betheme/includes/content-single.php on line 286