Four of the Many Species that an Oak Tree Supports

How to take in a dress?

What to wear with blue blazer?

Oak trees have become one of the most beloved symbols of the English countryside. They represent strength and durability, and their timber is one of the most prized materials for building with. Even today, they are still valued as a construction material, like these Timberpride oak trusses.

These strong and durable trees are also valued by the wildlife population – supporting hundreds of different species, they are of huge importance to the ecosystem. From the roots to the canopies, these beautiful trees are bursting with life and support a wide range of creatures – here are just a few of them…

Jays – These strikingly beautiful birds are so reliant on the oak tree for food that their Latin name is actually derived from the acorn itself – Garrulus Glandarius. A member of the corvid family, unlike other birds of the same family, such as crows, ravens and jackdaws, jays have a brightly coloured plumage and oak trees are places where they will often be found as they feed on the acorns. Look for them in the autumn burying their acorns in the ground to sustain them through the winter months. 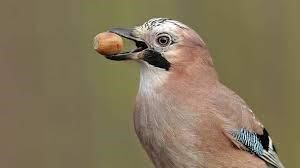 Stag Beetle – This is the largest beetle in the UK and tends to be found in the south east of the country. Look for them in oak woodlands, where they favour the rotting wood of trees that are decaying, as this is where their larvae will be. The larvae will be within this wood for years before they emerge as adults. The best time to spot them is between May and August, which is the lifespan of an adult stag beetle. Emerging in the Spring, their purpose is to reproduce and lay more eggs before they die in August. Seeing the males with their stag like antlers fighting for a mate is something special to look for on summer evenings. 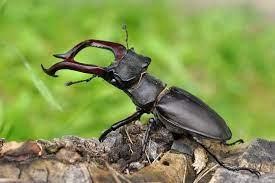 Bats – Due to the loose bark, and holes made in many oak trees by birds like woodpeckers, they are an ideal nest for many species of bats. As well as the fact that this provides them with the perfect place to shelter, the many insects that live in and around the tree also provide the bats with food. Species of bats that may be living in an oak tree include Bechstein’s bat and the Lesser Horseshoe bat, and dusk is the best time to spot them.

Oakbug Milkcap – This is a fungus that is dependent on the oak tree for survival. Fungi play a hugely important part in woodlands, something which scientists are only now starting to understand more. They form a kind of communication network between trees, and their presence in the woodland is hugely important. These fungi in particular are not the most striking to look at, but can be given away by their smell – many say it is similar to bedbugs, described as oily. Look underneath oak trees to see if you can spot one – in fact they usually can be found in large clusters.