The worst dressed of the SAG Awards 2017

Tips and tricks for saving money for the savvy fashionista 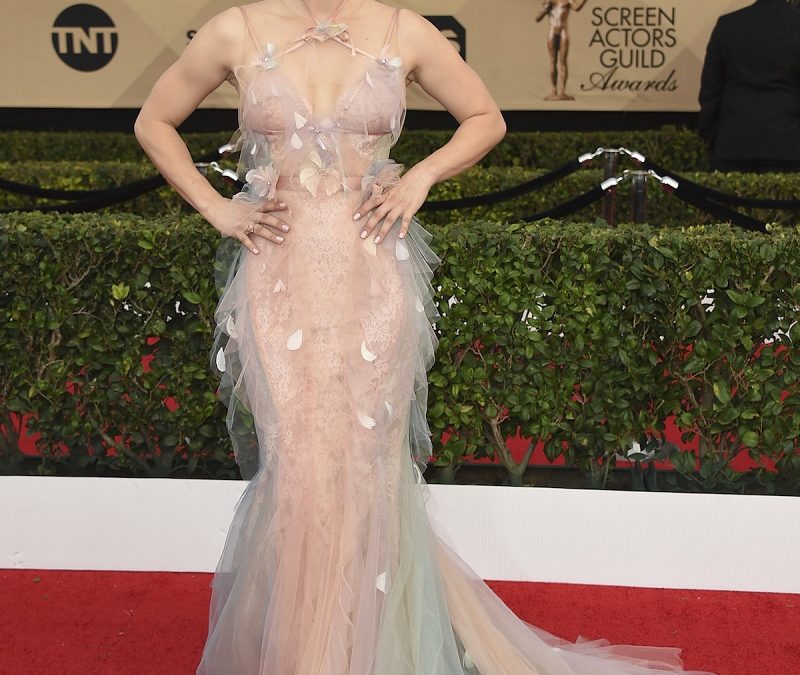 But as everything could not be colored roses there have also been actresses who have not convinced with their choice or who simply have not known to wear a dress somewhat more complex or complicated. Here the list of worst dressed of the night of the SAG Awards 2017. 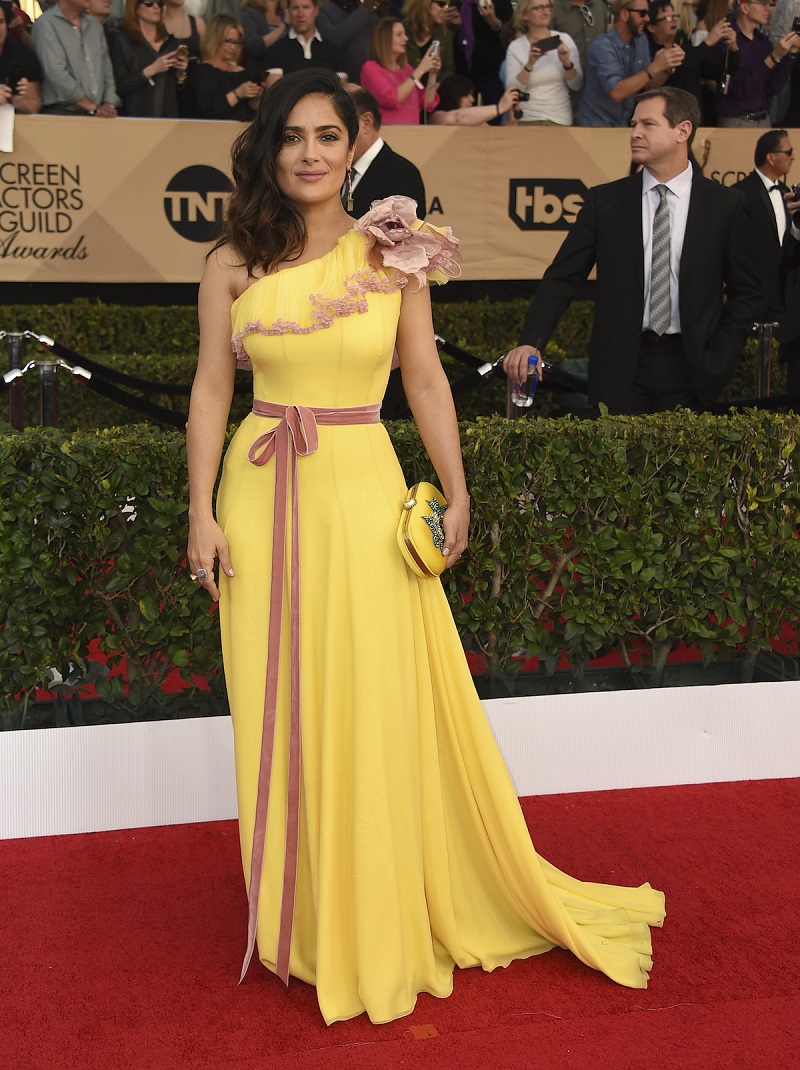 What a pity gives me the beautiful designs of Gucci not look at all well in Salma Hayek. I think the overcharged of the latest designs of the Italian house are perfect but right on Salma they do not fit. Yesterday I would have removed the flower of the shoulder and the maxi bow of the waist, I think that would have been much better. 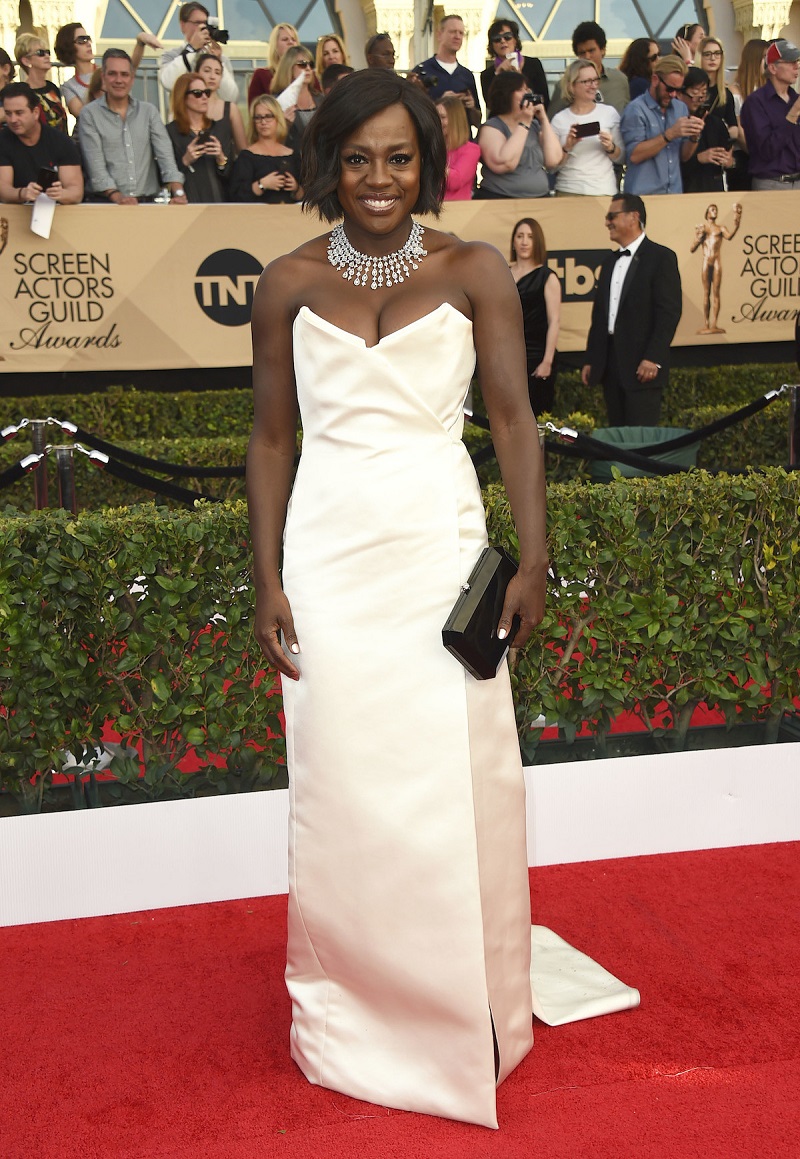 Viola Davis is more than correct but there is something I always fail in this kind of dresses, exaggerated brightness and life stiffness. The choker is the most flattering things I’ve seen in recent years but the bustier dress I see somewhat exaggerated. It is designed by Vivienne Westwood. 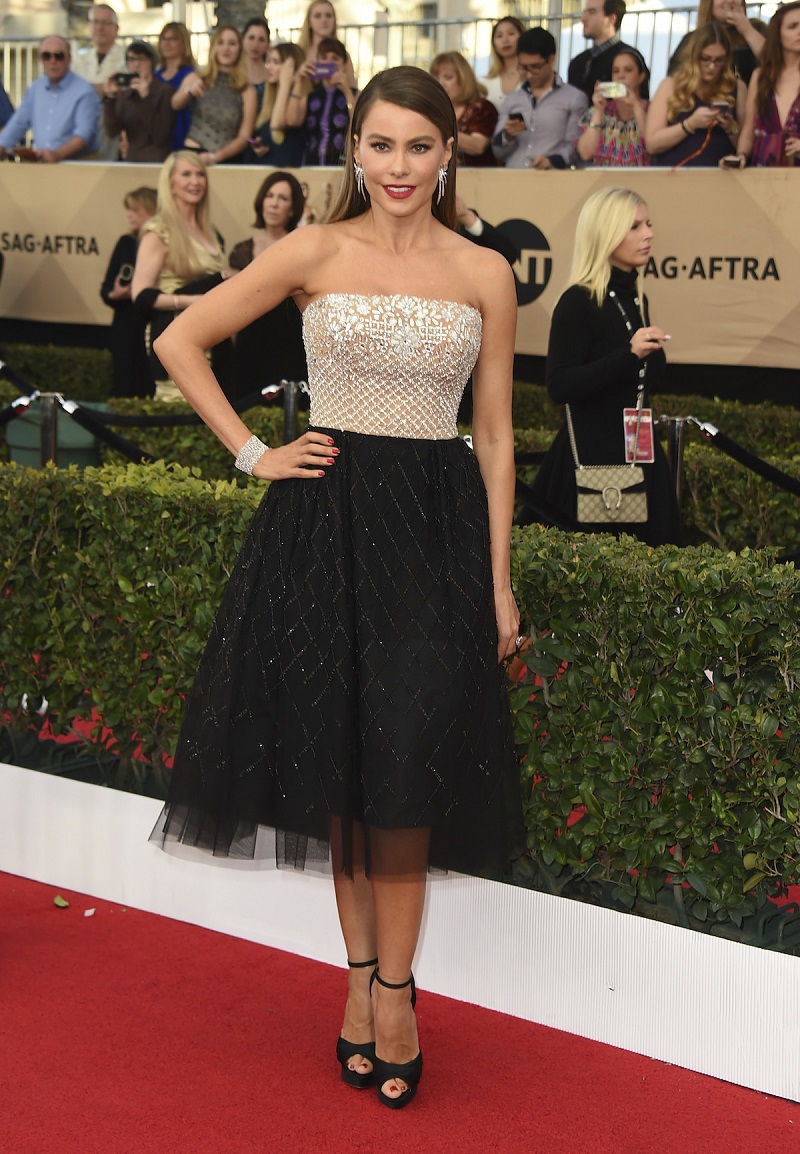 Sofia Vergara tries but never comes, yesterday we saw much more modest than in the past but still do not quite understand this short dress Zuhair Murad with these stunning platform sandals. 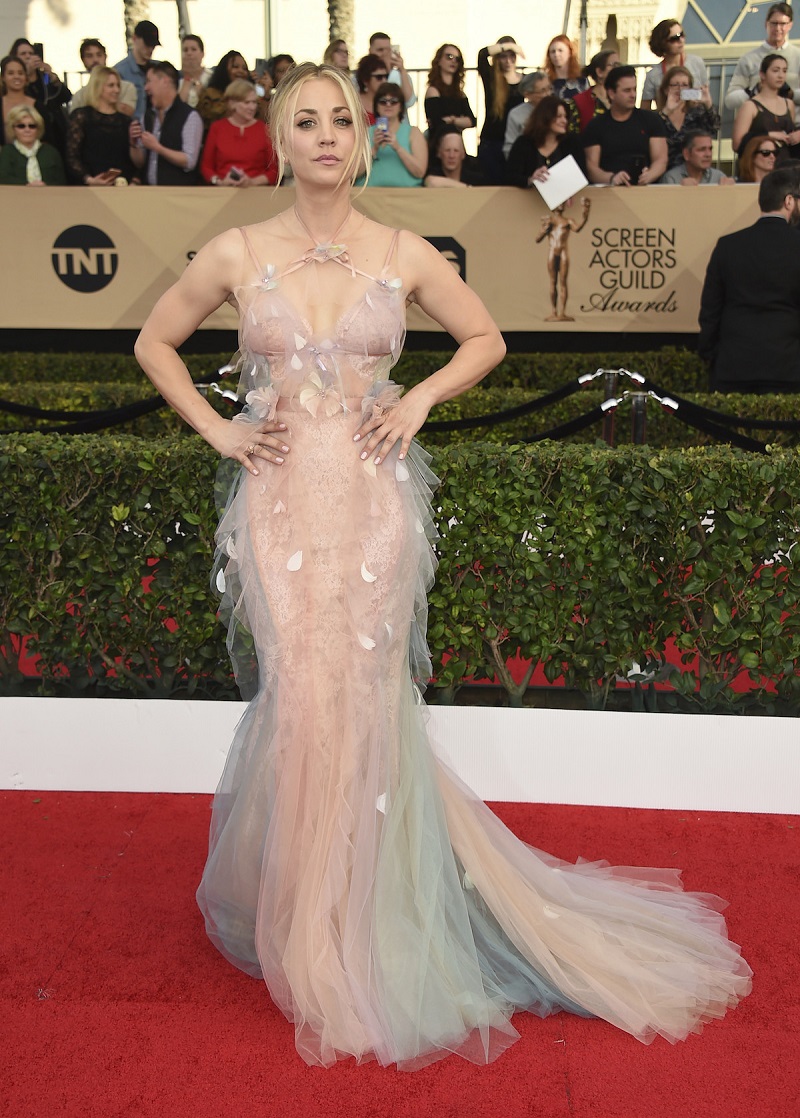 When you decide to wear a special design you have to be very aware that you are going to do it and look everywhere as you get the most out of it. Kaley Cuoco has not done with this complicated Marchesa multicolor, it seems Little Mermaid. 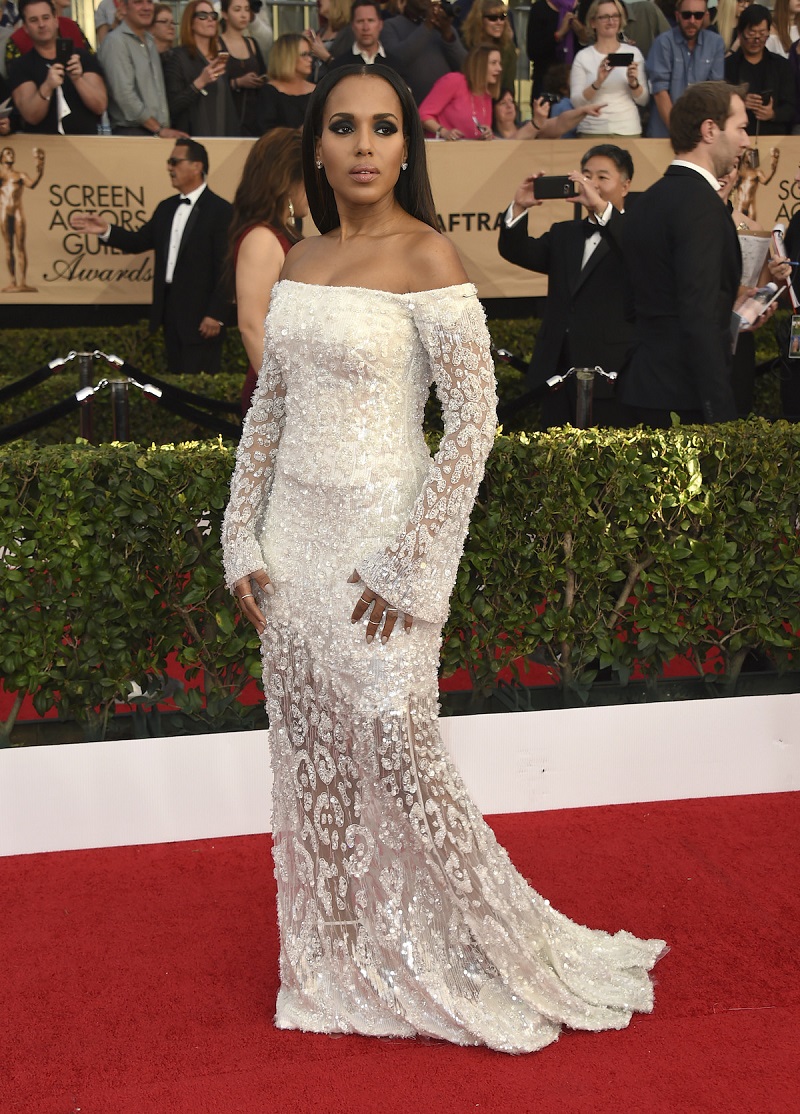 Dress Kerry Washington signed by Roberto Cavalli fails to take the step to the list of the best dressed for their extreme complication, the only thing that convinces me is the length of the sleeve and makeup and hairstyling.

You may also like to read another article on TodayDresses: The Best Dressed of the Feroz 2017 Awards 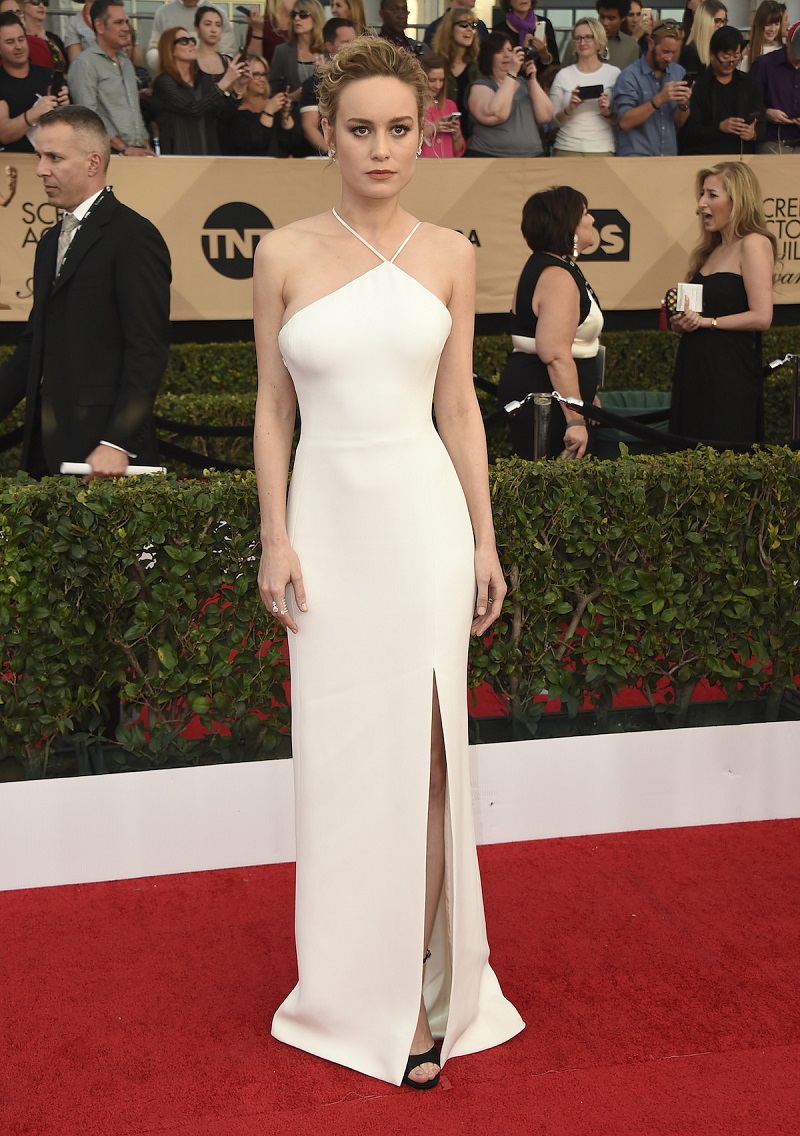 Dress Brie Larson has no where to get it from the waist up, a design by Jason Wu perfect tissue but with a really unfortunate pattern. 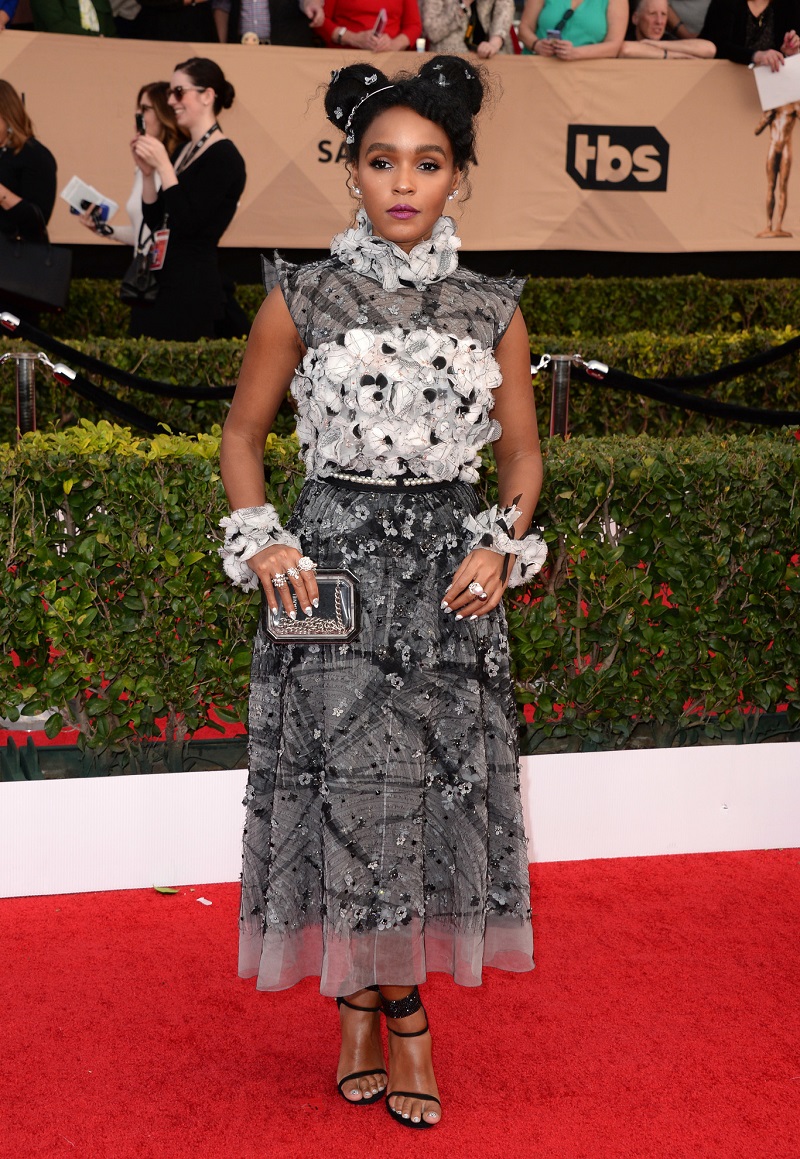 The look of Janelle Monáe does not convince me at all, dress Chanel is not ugly and could have defended much better if I had not become a uniform dress Minnie Mouse. 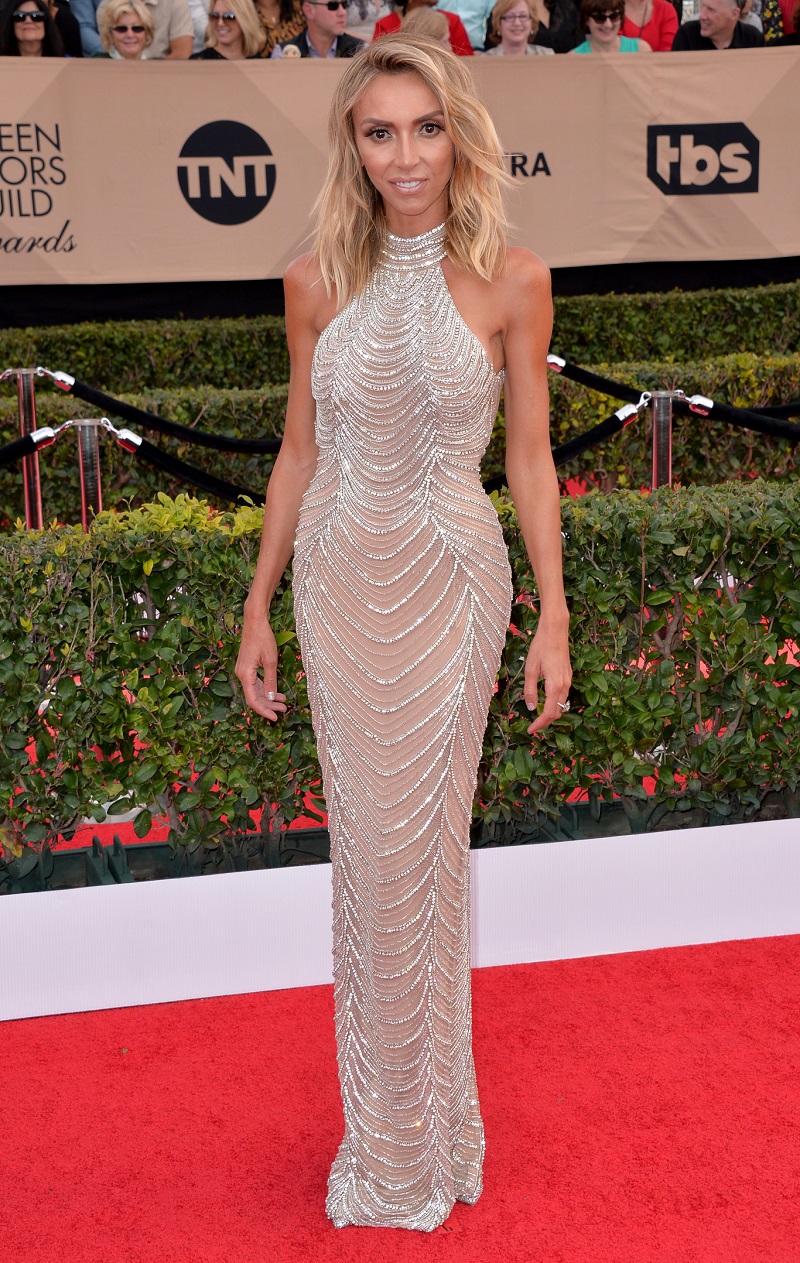 Giuliana Rancic opted for a silver mermaid dress rhinestones that no where to get it. 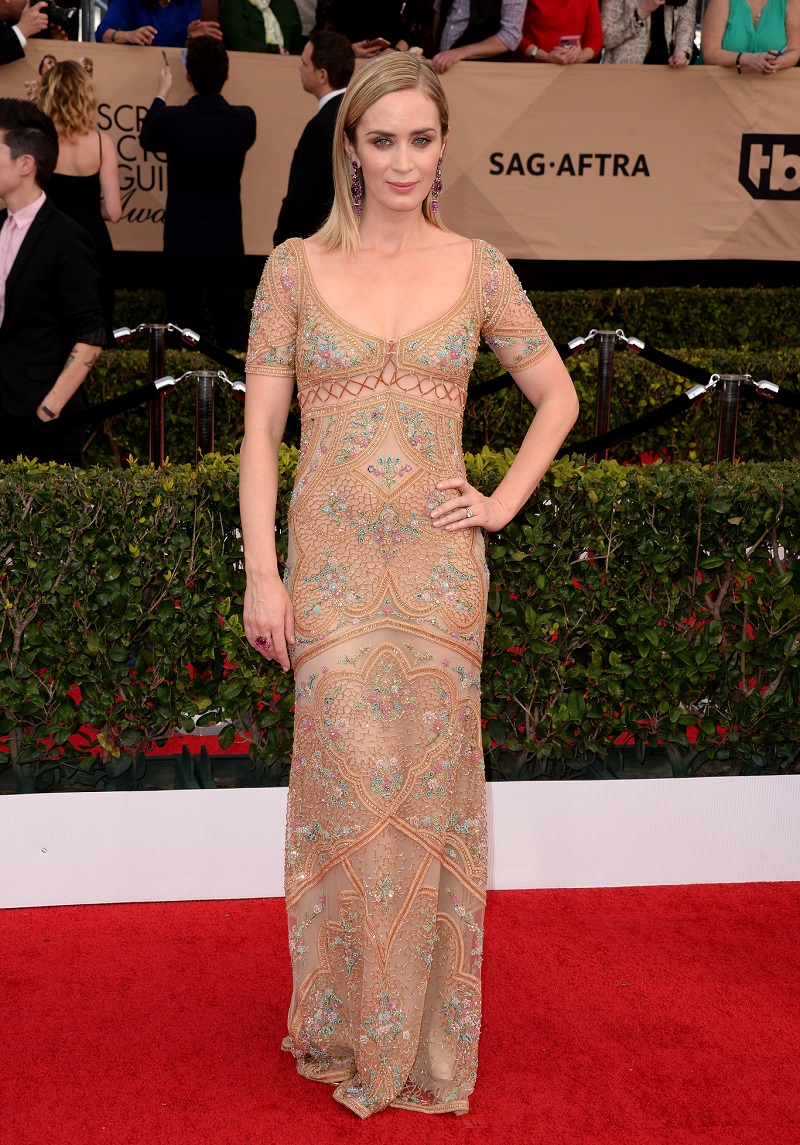 Dress Emily Blunt not convince me, you have chosen a deluxe design Ibizan not just place it on the red carpet of some great prizes. Roberto Cavalli this time also has been crowned.